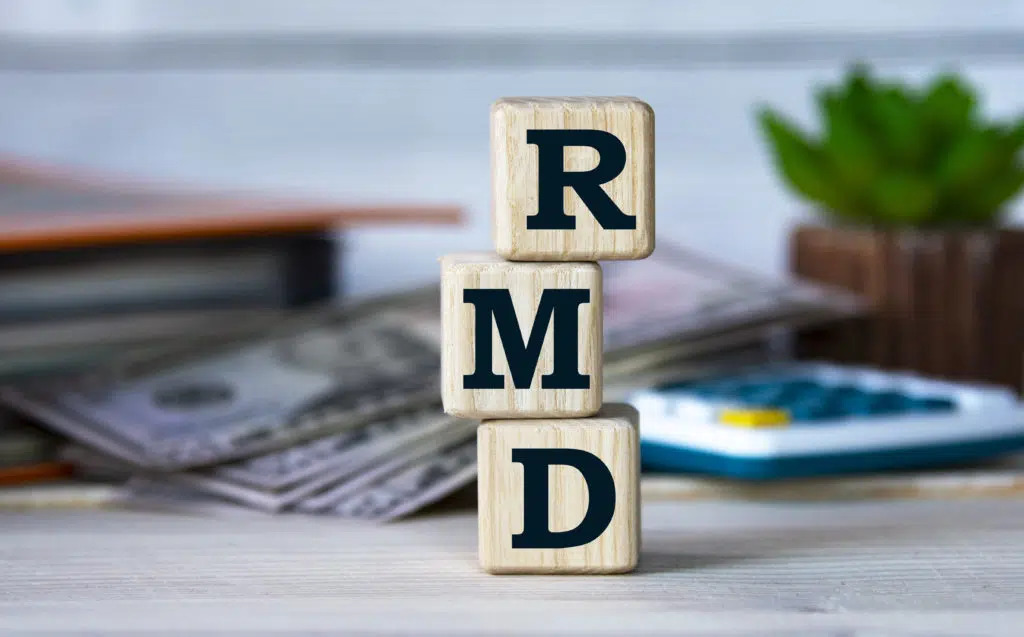 There is an exception to this rule, however, as the regulations require five-percent owners to begin receiving RMDs by April 1 of the calendar year immediately following the calendar year in which they reach age 70½ regardless of their employment status.

A plan sponsor may want to let account holders know that they can avoid receiving two RMDs in the initial year by taking their initial distribution in the year they attain 70½...

All subsequent RMDs must be paid by December 31. This includes the year in which the initial RMD is paid; ergo, account holders who receive their initial distribution using the April 1 grace period will receive a second distribution in December of the same year. A plan sponsor may want to let account holders know that they can avoid receiving two RMDs in the initial year by taking their initial distribution in the year they attain 70½, rather than waiting until April 1 of the following year.

For example, John, who is 72, retires from ABC Company on June 30, 2017. John plans to roll over his account balance in ABC Company’s 401(k) plan into an IRA before the end of 2017. The initial distribution calendar year is 2017, and although his first RMD payment can be delayed to April 1 of 2018, it must be made during the distribution calendar year if any payment is made from the plan during the distribution year. Before John’s account balance can be rolled over, he must be paid his first RMD.

Determination of a five-percent owner is based on the ownership interest with respect to the plan year ending in the calendar year in which the individual attains age 70½. The five-percent owner is determined from that first distribution calendar year and is not re-evaluated after that year. If a five-percent owner sells his interest after this date, he must continue to be paid RMDs from the plan, as a change in ownership after RMDs commence does not change the requirement that the RMDs are to be paid. Family attribution rules do apply in this determination (IRC Section 318(a)(1)).

A plan sponsor should establish a policy to address how non-five-percent owners will be handled upon rehire.

For certain qualified plans, a TEFRA 242(b) election specifying when distribution will occur and signed prior to 1984 requires no minimum distribution. This is true even if the account holder has reached his required beginning date. A payment of any RMD prior to severance from employment after age 70½ will cause this election to be revoked and all missed RMDs will be required to be made up.

There is no RMD aggregation for most qualified plans, and each qualified plan must separately calculate and pay (at least) the RMD amount.

IRA rollover to a qualified plan under Revenue Ruling 2004-12

The RMD calculation is the fair market value of the account balance as of December 31 of the year preceding the distribution year (i.e., if the distribution calendar year is 2017, the RMD calculation is based on the fair market value as of December 31, 2016) divided by the account holder’s life expectancy factor.

A non-calendar year balance forward plan should be adjusted for any contributions or distributions occurring after the last valuation through December 31.

Most plans will use the Uniform Lifetime Table to calculate the distribution period amount due to be paid; however, the Joint Life Expectancy Table is used when the account holder’s spouse is:

The applicable table factor is based on the account holder’s age as of the distribution calendar year, and the factors decrease each year.

The RMD calculations are further complicated if there are multiple beneficiaries or a death.

The RMD calculations are further complicated if there are multiple beneficiaries or a death. In the case of a death, determining factors are whether there is a designated beneficiary, and, if so, the beneficiary’s life expectancy, and whether the account holder died before or after required minimum distributions began.

Through a Voluntary Correction Program (VCP) filing under the IRS’s EPCRS program, plan sponsors may request relief from the IRC Section 4974 excise tax on behalf of affected account holders. If the only failure in the VCP submission is the RMD failure subject to IRC Section 4974 excise tax, a plan sponsor may receive a discount on the compliance fee.

Depending on plan circumstances, a plan sponsor may also use the Self Correction Program (SCP) to correct an RMD failure, even if the plan is under examination; however, the excise tax owed by the account holder under IRC Section 4974 cannot be waived under the SCP.

Under either program, the correction results in the distribution of the required RMD amount, plus applicable investment earnings.

The rules governing required minimum distributions are complex, and exceptions to the rules abound. Plan sponsors should check their plan document to be sure RMDs are in operational compliance. Additionally, plan sponsors should educate account holders about the rules related to RMDs so that account holders are aware of tax implications and potential penalties related to RMDs.

How USI Consulting Group Can Help

Have a large population of retirees in your retirement plan? USICG’s consultants can help with reviewing your plan document to ensure RMDs are in operational compliance. For more information regarding RMD retirement plan impacts, please contact your USICG representative, visit our Contact Us page or reach out to us directly at information@usicg.com.

This information is provided solely for educational purposes and is not to be construed as investment, legal or tax advice. Prior to acting on this information, we recommend that you seek independent advice specific to your situation from a qualified investment/legal/tax professional.